Welcome to Kai Bradbury Central, your exclusive and largest source based on rising actor, Kai Bradbury. He's most known for his roles as Vincent Ohata in Warigami and Gerit Buttonwood in Motherland: Fort Salem. We look to provide you with the latest images, videos, news and more based on Kai's career, keep checking in for all the new updates!

Thanks to Amenadiel’s blunder, Hell was left unguarded for a short time. This allowed Lucifer’s mother, the Goddess of creation, to escape Hell and arrive on Earth. Lucifer is left trying to find a loophole in his deal with God, so he can punish his mother.

Kai as Triad Member was featured in 1 episode of Lucifer season two. He was a minor character and didn’t feature any lines.

Charlotte’s attempt to kill Chloe is stopped by Amenadiel, who convinces her that eliminating Chloe would only cause Lucifer to be relentless in finding her killer. Lucifer later learns Charlotte tried to kill Chloe, but his thoughts soon turn to the trial of John Decker’s murder, with Charlotte assigned to defend Warden Smith, using information unwittingly provided by Dan. Lucifer takes the stand as a witness and testifies that Chloe was first on the scene, putting a conviction at risk because Chloe provides reasonable doubt. Charlotte tries to convince Chloe to lie on the stand and paint Lucifer’s testimony as false, which is the only way the warden could be convicted, but Chloe instead says Lucifer told the truth. Amenadiel later meets Chloe’s mother Penelope, who is distraught over her husband’s killer being set free. Amenadiel remembers meeting Penelope and John Decker 35 years ago, when he was sent by God to assist in a miracle, allowing Penelope to get pregnant. He then meets with Charlotte, telling her the story and stating that Lucifer’s coming to Earth and meeting Chloe was predestined. 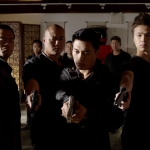 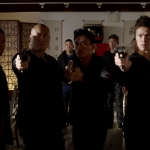 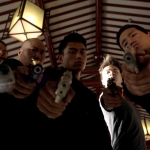 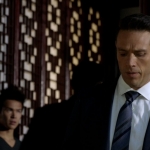