Welcome to Kai Bradbury Central, your exclusive and largest source based on rising actor, Kai Bradbury. He's most known for his roles as Vincent Ohata in Warigami and Gerit Buttonwood in Motherland: Fort Salem. We look to provide you with the latest images, videos, news and more based on Kai's career, keep checking in for all the new updates!
SCREENCAPS: Kai in Episode 7 – Three’s Company of Family Law!

Kai has returned to our screens as part of the Canadian drama, Family Law. He first appeared in Episode 7, Three’s Company as Bailey Jacobs, a sexual unicorn for a married couple where he harbored feelings for Gavin, whom he met at a gay bar. You can read more about the show and a little background on his character on our Family Law career page!

Along with the screencaptures from the episode, we’ve also added behind the scenes photos of Kai on set and episode stills of Kai. 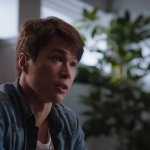 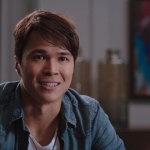 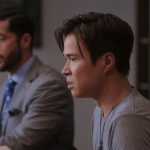 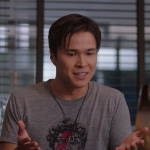